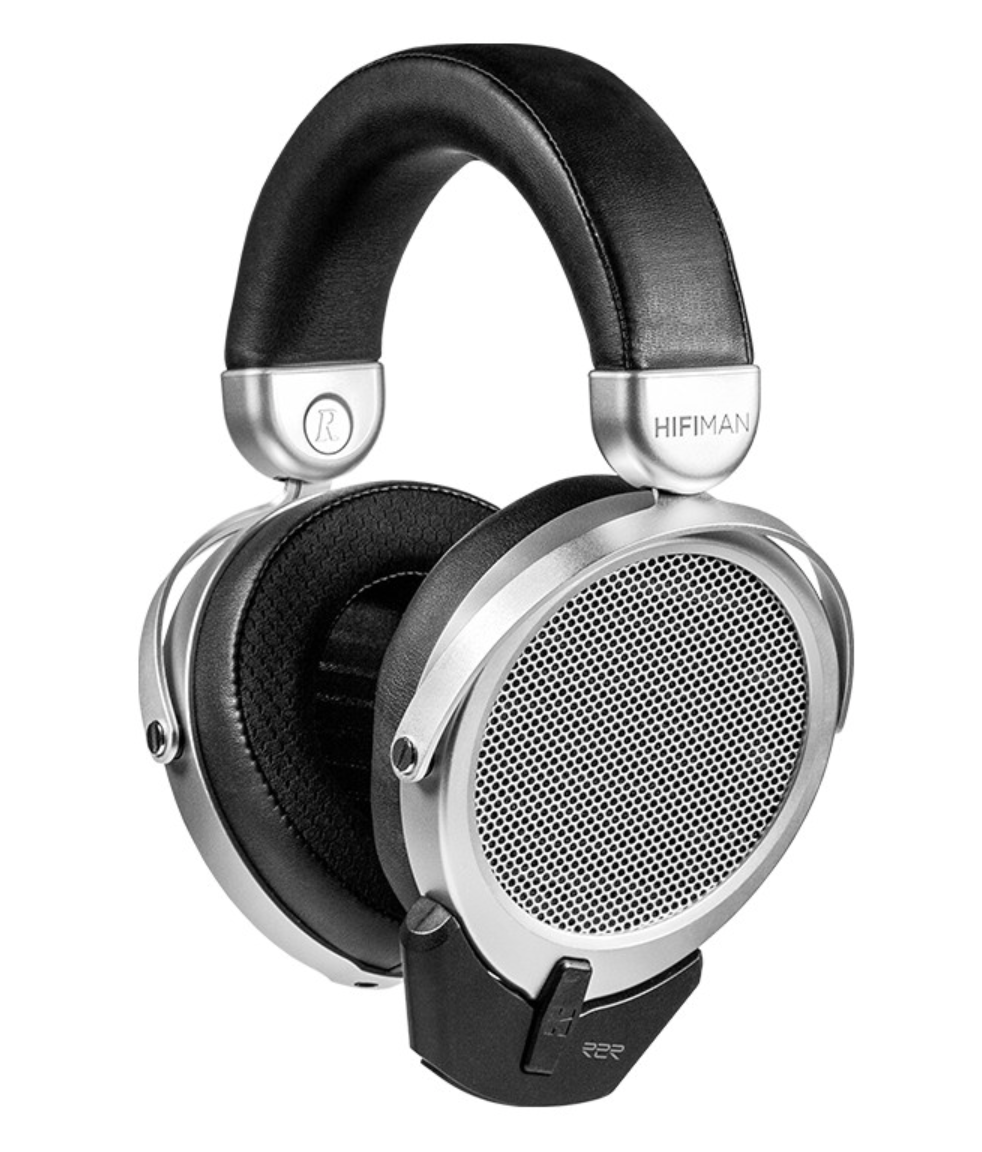 Now you can hear for yourself

Just the other day I got to thinking. How much do people agree or disagree with my words and speech? What happens once I set my thoughts on paper and publish them? Do people believe me? How easy is it to explain what something actually sounds like? And, by doing so, are we putting bias into our cherished readers minds? Well, of course we are.

That is perhaps the purpose of a reviewer. A reviewer can take the marketing information from every company out there and give a more judged opinion of it. If we believed the marketing info was all a person needed to make a purchase, then the 1st headphone they came across they would buy. So given that there are many 1000s to choose from, we have been restricted a little in how we as consumers make our decision. It is impossible to sample every headphone on the market, even for the full timers out there. Let alone cost and storage, time would be a governing factor. There simply aren’t enough hours for 1 person to do a meaningful listen of every existing headphone on the market. And more are coming out every week. All you can do is research. I’d like to give you another angle on that. I have managed to find a way that you, dear reader, can hear what I hear, or at least as near as dammit you can. I can put the headphones on, press record and what I hear is what you hear. The sound is being recorded next to my ear canal, making things like cup size, open or closed back, on ear or over ear, irrelevant to the success of the sampling process.

Which brings us to the Deva Pro. I have been waiting a while to bring you this. I have both the original Deva and the Pro version. The original is $299, the Pro $329. For that, you get the headphones, which can be used as conventional wired, but you also get this little bluetooth gizmo, called a bluemini. The bluemini has a 3.5 mm jack which plugs into the left hand cable input of the Deva and Pro. It can then be used as the source for wireless sound. Not only that; the USBC charging port on the bluemini can be turned into a dac/amp for laptops and Android phones, thus turning the headphones into a portable dac/amp. The Deva Pro has an R2R Dac, the Himalaya, developed in house by HiFiMan, in which to do the processing. A versatile set of headphones, I’m sure we can all agree on that.

Why have HiFiMan produced an open back planar wireless headphone, when no one else is doing it? Only Fang Bian can answer that, but perhaps the question has answered itself. Because no one else is doing it… That should be enough. People normally buy a closed back wireless headphone because they are taking it out and about and people don’t want to hear loud music on the bus or the train or in the street. But what if a wireless headphone, like the Deva Pro was something where sound quality wasn’t necessarily secondary to convenience? In that case, might people be prepared to seek out the special places where they could enjoy really good sound without disturbing others? By the same token, that level of privacy may make for a more enjoyable, less noisy, listening experience. Added to that, we can go more serious and plug these into our smartphone using OTG, or even more seriously we can get our top of the line dac/amp out and plug these headphones into the 3.5 mm jack in the more traditional manner. There is no doubt that closed back wireless has a place. I wouldn’t want to spoil these headphones by getting them all sweaty. I run a great deal and I just can’t see myself wanting to take these out in that circumstance. A smaller set of on ears or even better still, TWS, tends to be my go to for such things. But for true musical enjoyment, planar full size open backs aren’t too bad an option.

Just how versatile is each headphone? The Deva has the edge on sensitivity but only by a smidgeon. The 18.5 ohms is contrasted with the 18 ohms of the Pro version. The non stealth magnet original model goes louder than the Pro. It tends to sound louder, even at the same volume, and let me explain that. There is more bass presence and a feel of more treble energy happening, prominent on the bluemini and diminishing in degrees as you up the quality stakes by using the dac/amp and then plugging these into the HM1000 Red R2R Dac/Amp. The OTG Dac/Amp, once I got the hang of it, worked a treat. I kept on getting the error message connected/disconnected until I simply switched off bluetooth on my phone. Following that, thankfully it was a breeze. I was able to utilize the USB Audio Player PRo’s bit perfect setting and I have assembled 6 seperate recordings of the track C Moon Cry Like a Baby by Simple Minds. It is a loud, perhaps thunderous 80s track, full of raw energy and crashing cymbals and difficult to follow vocals. Not an easy track for a headphone. The OTG volume hovered around 85% on the Deva and 90% for the Pro. There was enough there but only just enough. Just enough is ok and I got some good results from both headphones. It is perhaps the true test of each one, as this is the best connection they have available. Beyond that the source is taking up the lion’s share of what is being sent to the headphones.

The sound quality of both headphones is high, especially at this end of the market. There is no in ear monitor that I’d prefer over these full sized cans at this price level. The sound signature of the original has much to like, the Pro has much more. The original is no slouch. It delivers bass slam without the bloatedness of being contained within the cups of a closed back design. The soundstage is wide and this is due to the amount of treble energy and linearity being given by the drivers. When you bring the Pro’s into the mix the originals do show some weaknesses. The stealth magnet design is bringing a level of refinement (smoothness) and dynamics (the illusion of more space between the instruments and of there being more things going on despite that). It’s also got the edge on bass quality rather than bass slam. I’m being subjective here, but that’s what it says on the tin, so I make no apologies. The bass does not take up so much space in the track. It punches and withdraws much faster than the Deva. The Pro has not had the bass boosted as much. Which means there’s not been the need to boost the mids and highs. The clarity of the Pro design is something I found easy to spot. See if you can hear micro details more easily in the samples here. The original has a lot to offer; even for some tracks it may bring more pleasure than the Pro’s, certainly it will lend more instant excitement to some tracks. But for extended listening across all genres they can’t live with the new Pro’s.

Don’t take my word for it. You have all the time you can muster to listen again and again to the samples I have recorded. Please use headphones or earphones, you simply will not get the proper quality by listening to headphone samples from your smartphone speaker or even your hi fi speakers. This demands close attention and concentration. I’m hoping it’ll also be a bit of fun. I’m expecting to be able to post many samples of all sorts of headphones in the months to come, so you’ll be able to build up a virtual library of headphone auditions without getting up from your chair. Now how convenient is that? I am hoping that you can make some judgements on what might be for you using not only words and video but now by adding a listening experience to that. from there hopefully you can narrow down this minefield and make some realistic buying decisions that won’t be a source of regret in the future. How does that sound? 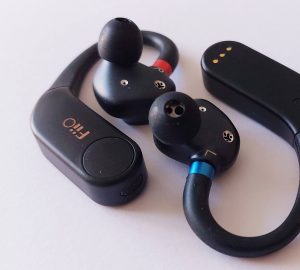 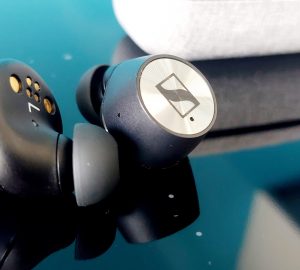 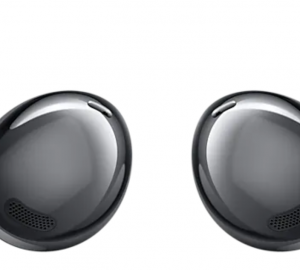